17/08/2020 10:04:37
Market news Project news
Chia sẻ
Tho Tuong bridge crossing La river had a technical open after 11 months of construction. It is expected to boost local economy and society. 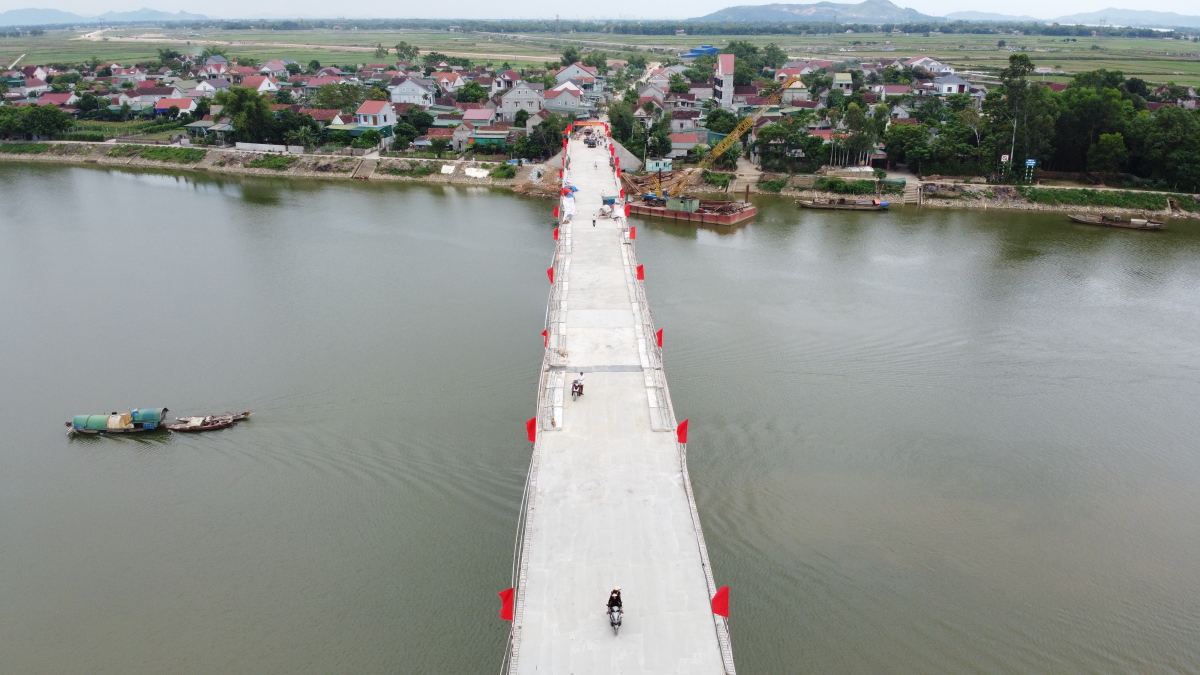 On 13th August, People’s Committee of Ha Tinh Province held a traffic opening ceremony for Tho Tuong Bridge, located at Duc Tho district and crossing La river. It will be a new bridge and replace the degraded old bridge built in 1999.

Construction started in September 2019, invested by Ha Tinh Project Management Unit of Transport Construction Works with a budget of 215 billion VND taken from many capitals. 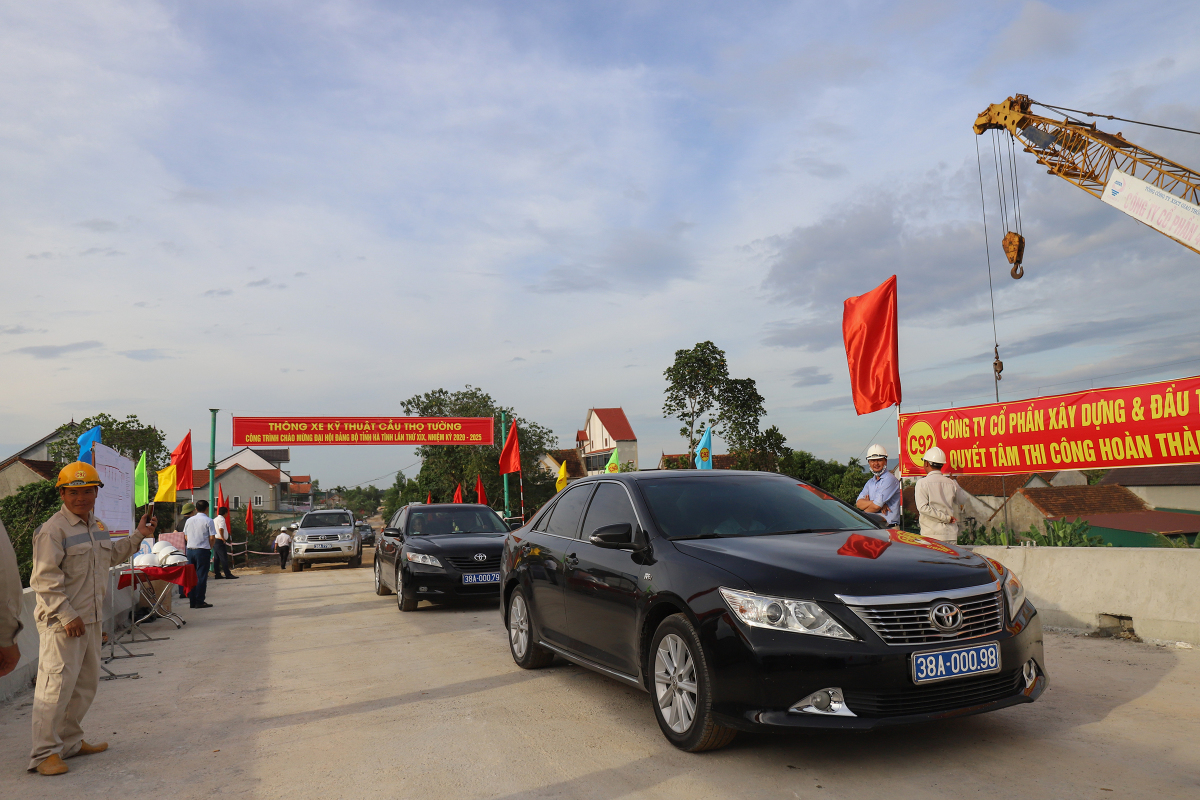 Mr. Ha Song Huong (40 years old, a welding worker) said that from May to then, the weather of central Vietnam was extremely sunny and hot, sometimes, the temperature was over 40 Celsius. Therefore, they often worked night shifts.

At present, Tho Tuong bridge is almost complete. And it will be laid asphalt in September. 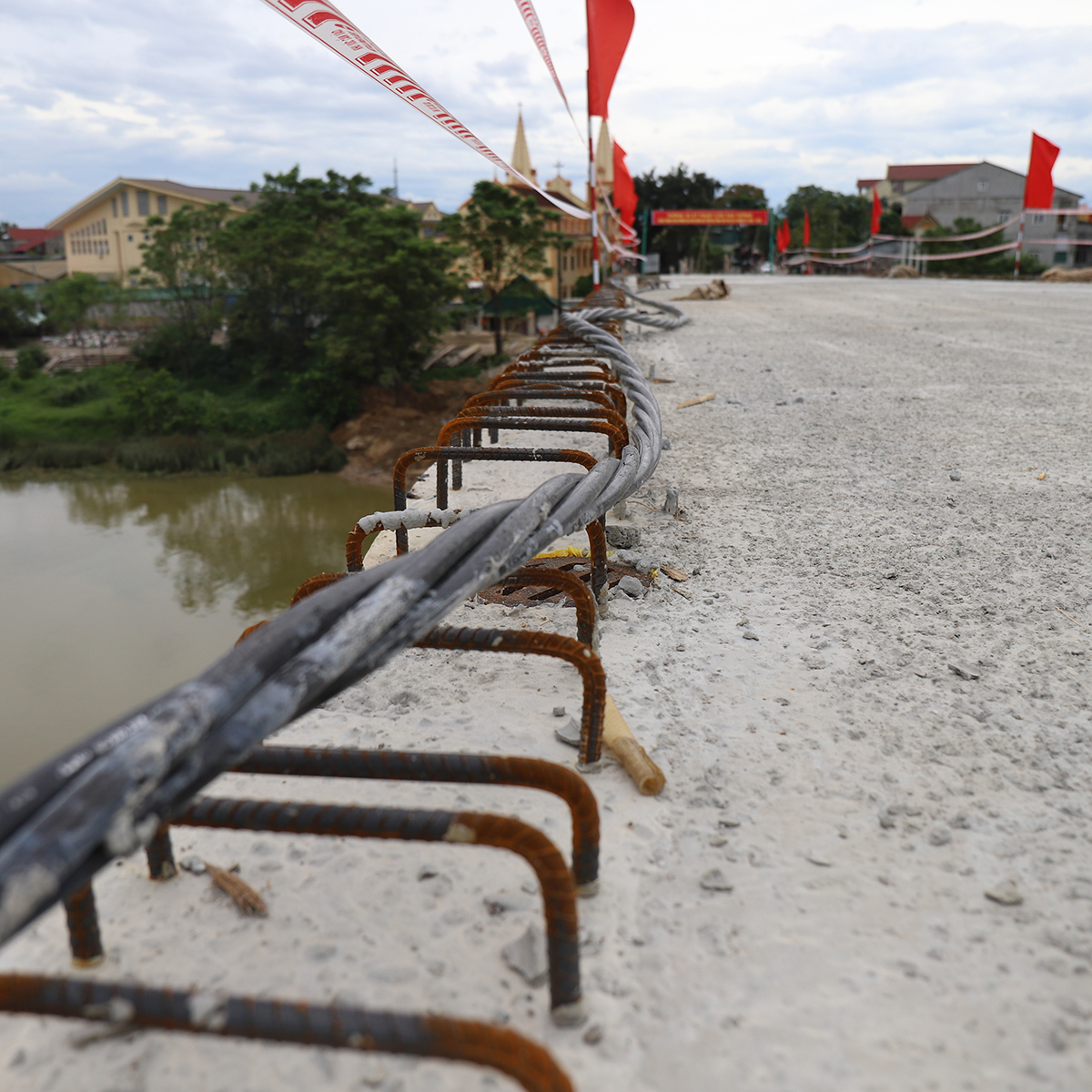 New bridge’s surface is about 300m long and 9m wide. The road connecting two sides of the bridge is 3,5km long. At present, raw part of surface is completed. Two roadsides are installed 1m high steel to construct concrete handrail. This item is expected to be completed on September 15th. 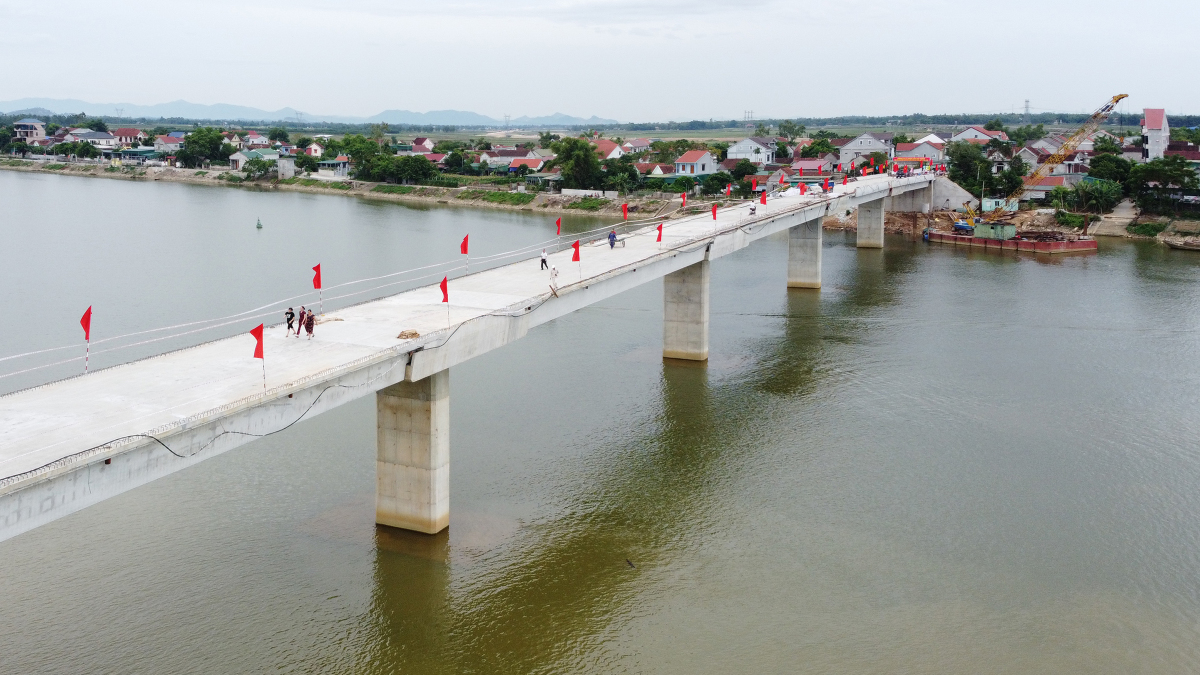 The bridge has 5 pillars, the height varies with the structure. This is the most difficult construction item. In order to build the pillars, it is necessary to expand reinforced concrete pier crosshead stretching post-tension anchorage and construct Super-T beams. At  two abutments, the contractor is pouring concrete to reinforce four-cone slab foot. "At the peak time, there are 6 barges, 4 cranes, 7 rollers, 5 excavators and 120 officers and workers working together to build road and bridge", Mr. Hoa said. Mr. Le Viet Hoa – Vice director of Ha Tinh Project Management Unit of Transport Construction Works - said that the new Tho Tuong bridge would be completed and put into use on 15th October, 2020.

"The work will meet people’s travel needs in Duc Tho, Huong Son, Vu Quang districts by easily linking to some districts of Nghe An as well as many other transportation routes. That will promote development of local economic and society ", Mr. Hoa said. 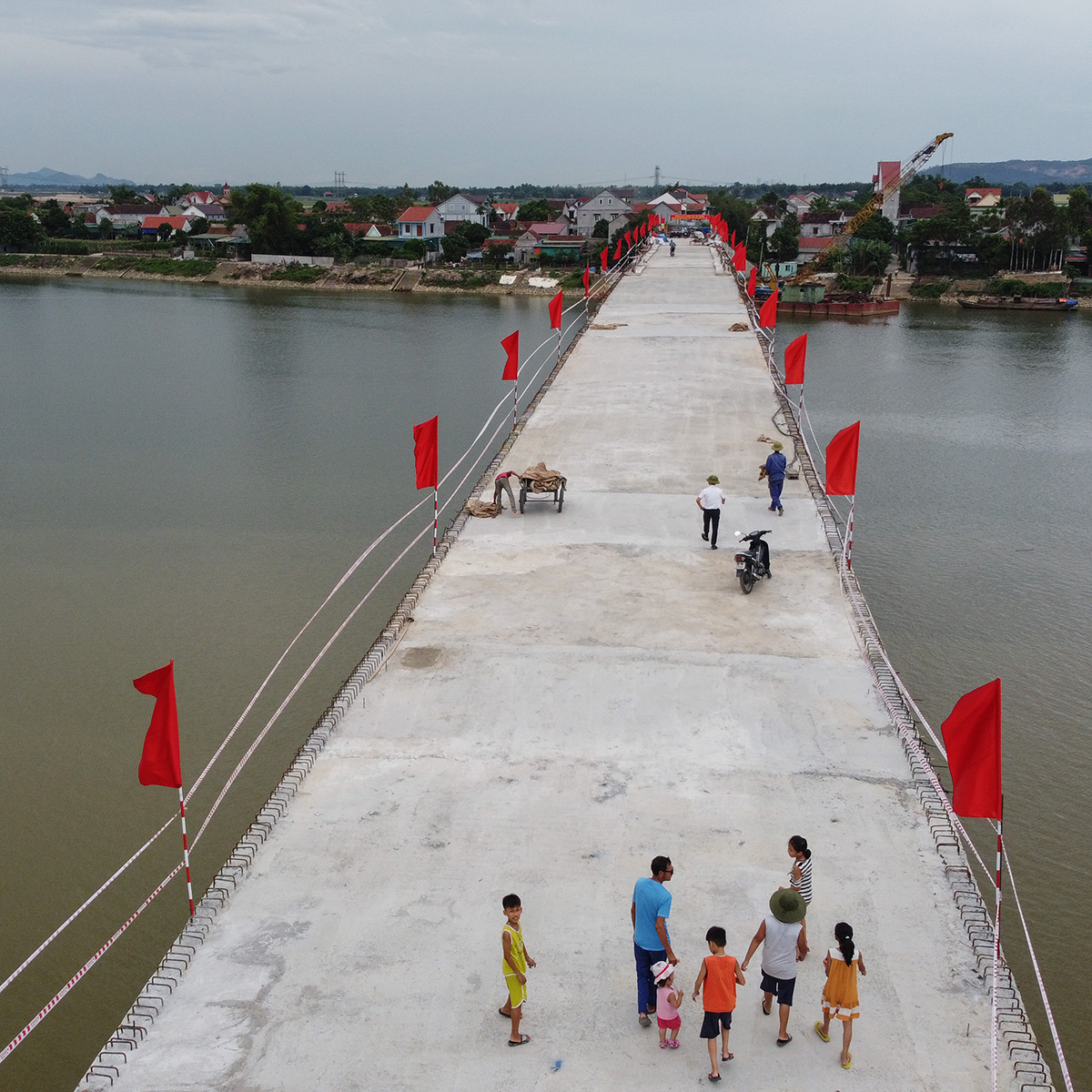 The new Tho Tuong bridge has been formed, placed parallelly to the Thuong market railway bridge over La river. 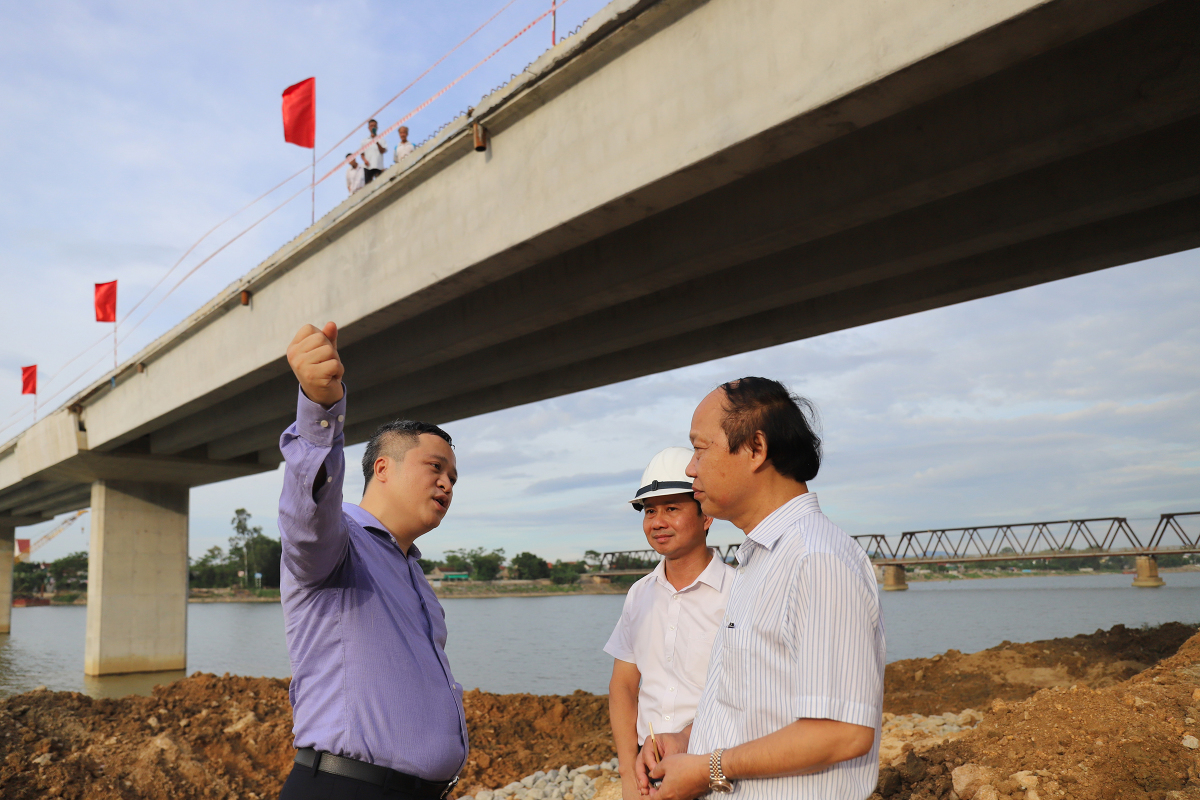 President of People's Committee of Ha Tinh Province, Mr. Tran Tien Hung (on the left) was excited when he heard leader of Ha Tinh Department of Transport report on the progress of bridge construction.

In addition to economic and social advantage, the new Tho Tuong bridge is expected to ensure national defence and security, rescue people around La river during  high water period.

Vinh Hung is honored to be contractor supplying and construct the following items: rubber bearings, finger expansion joint, and PC strand. These are all products manufactured by Vinh Hung IP, meeting many international standards.